Model | Actress | Innovator | Activist
About
One of the five original supermodels, Naomi Campbell was born in London and caught her break when she was 15 years old. She has graced the covers of more than 500 magazines during her career, and has been featured in campaigns for Burberry, Prada, Versace, Chanel, Dolce & Gabbana, Marc Jacobs, Louis Vuitton, Yves Saint Laurent and Valentino.

#No filter with Naomi 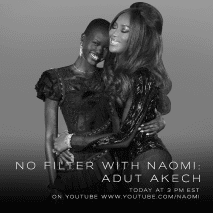 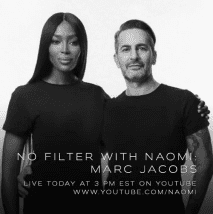 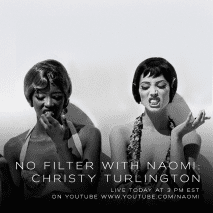 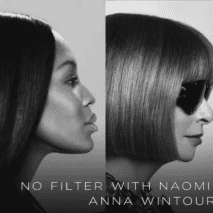 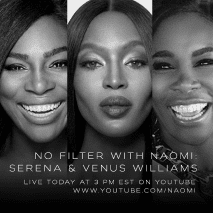 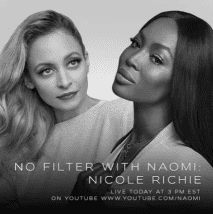 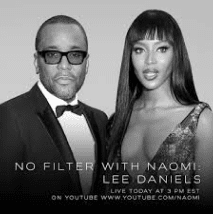 WATCH NOW ON YOUTUBE >
Fashion icon throughout the years

FASHION FOR RELIEF is dedicated to improving the lives of those living in adversity, by uniting the fashion industry as a FORCE FOR GOOD.

The Nelson Mandela Children’s Fund (NMCF) is a charitable organisation founded by Nelson Mandela, based in South Africa. Its mission is to help individuals from birth to age 22, particularly orphans of the AIDS crisis.

Naomi Campbell has been a devoted amfAR supporter for more than two decades. She has lent her celebrity to amfAR’s galas across the globe, helping to raise much-needed funds for AIDS research.

What is Fashion For Relief and Why Does it Matter?

The Supermodels Documentary is Coming to Apple TV+, Starring the Runway Icons of the ’90s

Iconic ’90s Supermodels Get Their Own Docuseries on Apple TV+

Fashion For Relief gala will return to London in September

Naomi Campbell Kicks Up Her Heels in New Balmain Campaign

Naomi Campbell Goes Topless for i-D, Works with ‘Third Photographer of Color’ in Her ‘Whole Career’

Naomi Campbell Sits Down With AMAKA Studio to Celebrate Their Launch

No Filter With Naomi: Making the Most of the Moment, Naomi Campbell’s YouTube Channel Launches a Daily Series

NAOMI CAMPBELL AND CINDY CRAWFORD ARE REUNITING ON YOUTUBE

Naomi Campbell Is Hosting Her Very Own Talk Series

If You’re Not Watching Naomi Campbell’s Talk Show, What Are You Waiting For?